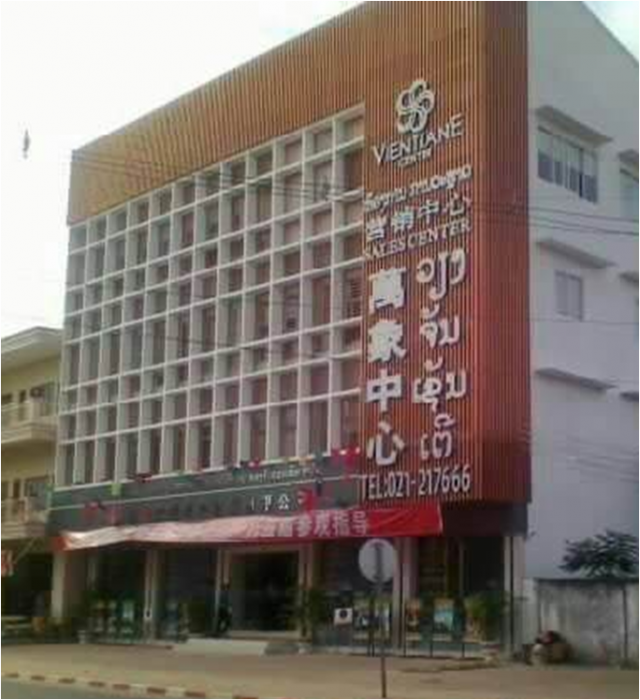 –    On 31 March 2012, there was the Project groundbreaking ceremony, participated by deputy prime minister Mr Somsavath Lengsavath, vice governor of Yunnan province Mr Lichi Hueng and important delegates of Lao and Chinese. –    In the morning of 19 September 2012, the opening ceremony of Marketing Center was held, with the participants of Mr Keophilavun Arphylath the vice mayor, Mr Chao Wenning the Embassy Economic Consulate of China to Laos, the concerned government officials and representatives of shareholders. –    On 24 December 2012, the construction work and first-phase pillar post finished 20 days priority to the plan, with the pillars posted in total of 984. –    On 15 November 2013, the construction of the first phase- dip up water from the construction building –     In July 2014, the Project of Vientiane Economic Trade and Tourism Center will be put to the test for its service.